On June 8, Minister Kwon Youngse received a courtesy call from U.S. Deputy Secretary of State Wendy R. Sherman and exchanged views on the recent developments on the Korean Peninsula and North Korea policy.

Minister Kwon explained that the new administration's North Korea policy is to approach the issue in a flexible and pragmatic way based on principles, while keeping the door open for dialogue, but responding firmly to North Korea's provocations based on ROK-U.S. cooperation.

He expressed his intention to cooperate with North Korea on humanitarian issues such as Covid-19 despite of political and military circumstances, while mentioning the need to pay constant attention to the humanitarian and human rights situations in the North.

Deputy Secretary Sherman mentioned the need to closely communicate and cooperate between ROK and U.S., emphasizing that ROK Government's stance is of utmost importance in the Korean Peninsula issue. 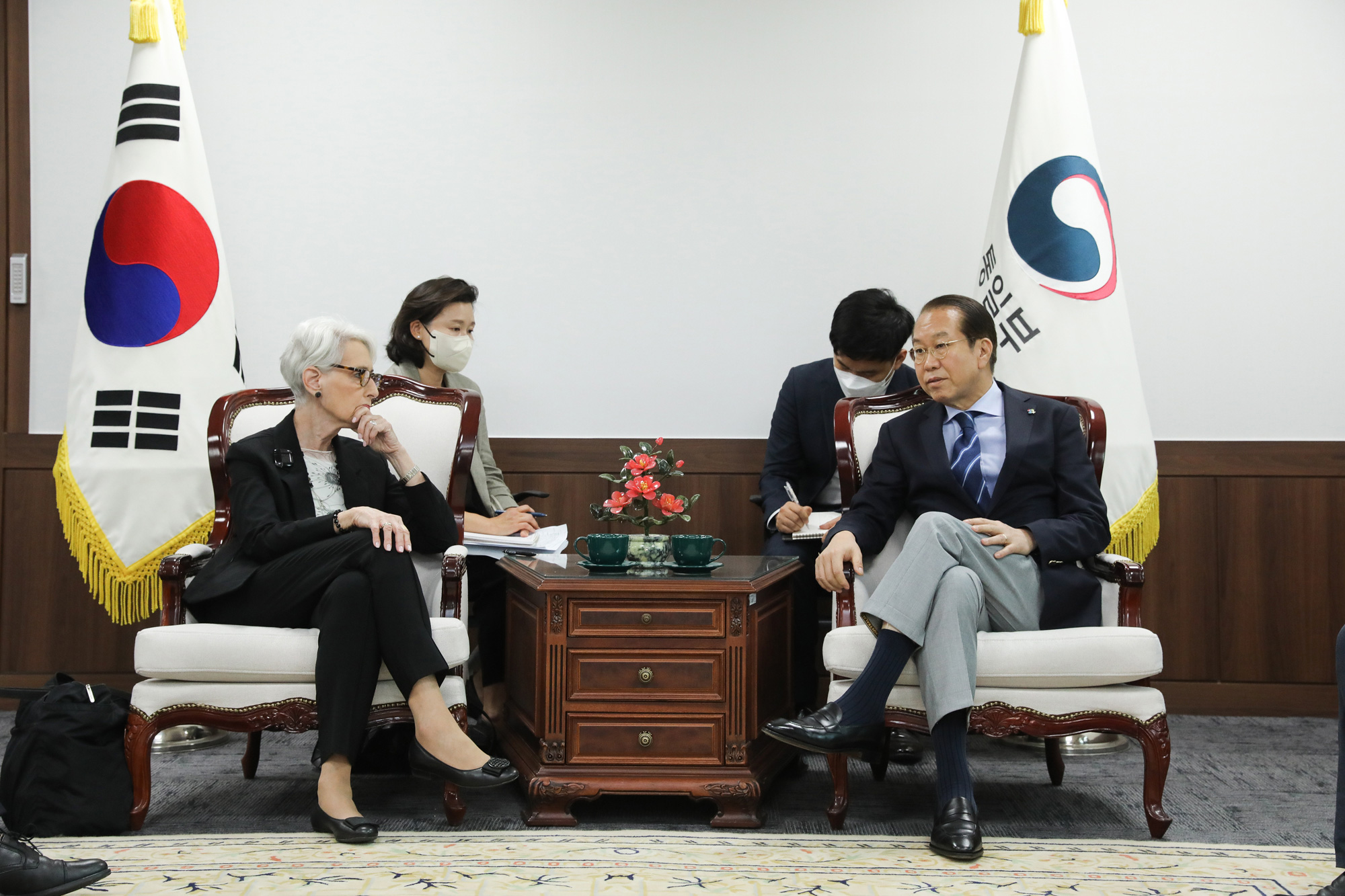