Inauguration Ceremony of the 42nd Minister of Unification, Kwon Youngse

On May 16, inauguration ceremony of the 42nd Minister of Unification, Kwon Youngse, was held.

In his inaugural speech, Minister Kwon said "Our goal is to create a new and brighter future by building a unification philosophy of the new administration, building on the work of previous governments," adding that now is the time to build up the unification policy in the short and long terms.

He also said "To accomplish the goals of the North Korea and unification policy, reaching a bipartisan agreement based on the national consensus is vital," mentioning that we are one step closer to a unified Korea when a bipartisan stance on North Korea is formulated and implemented,.

Minister Kwon emphasized that he will drive the Ministry to move forward on two balanced wheels: the management and development of inter-Korean relations and the promotion of unification. 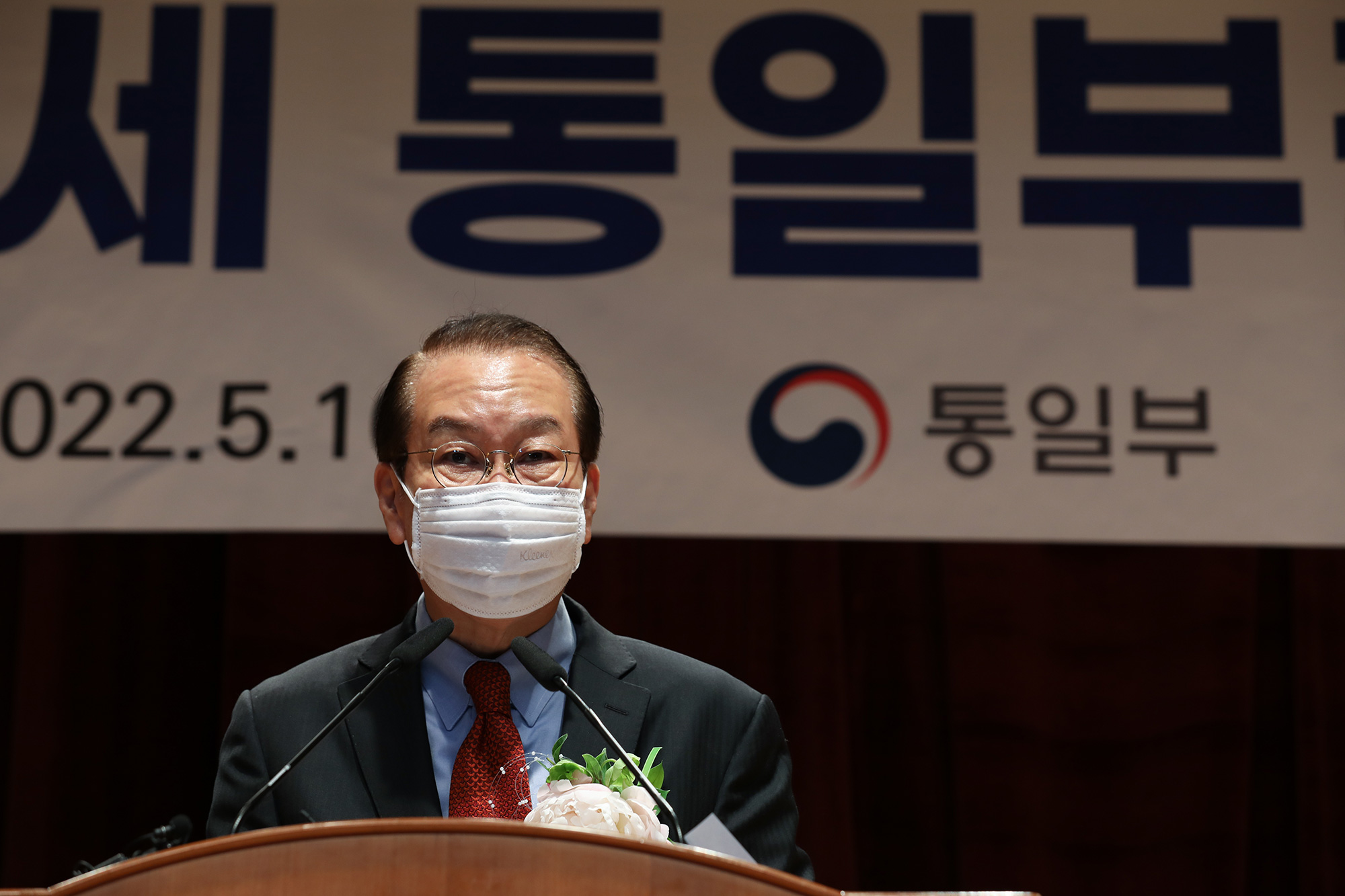 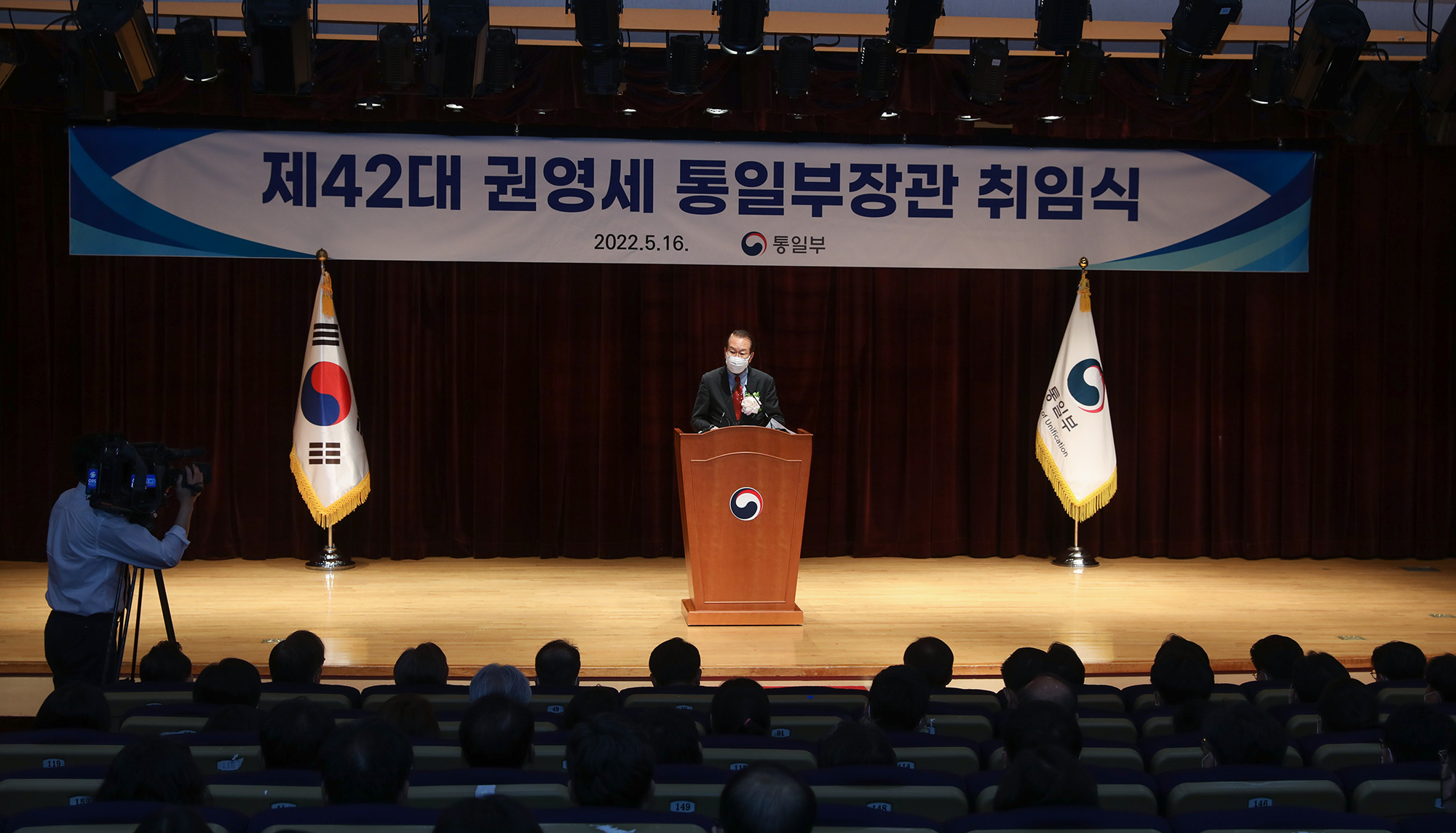